Home » Dr. April Zeoli presents on “The Nexus Between Domestic Violence and Guns”

Dr. April Zeoli presents on “The Nexus Between Domestic Violence and Guns” 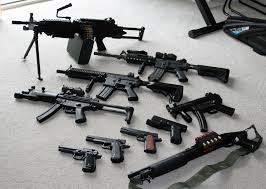 As noted in this USA Today article http://www.usatoday.com/story/news/nation/2014/09/17/prosecutors-form-new-coalition-to-combat-gun-violence/15771767/:
As concerns mount over shootings and mass killings, prosecutors from 23 jurisdictions have formed a coalition to combat gun violence by sharing information on programs that work and copying effective state laws. The non-partisan coalition will focus on issues such as reducing gang violence, weapons trafficking, the connection between domestic violence and gun violence, the link between mental illness and gun violence.
RCGV profe

ssor April Zeoli is an invited speaker to their first national summit on gun violence in Atlanta, GA on October 21.  She will share critical information that prosecutors need to consider regarding the nexus between guns and domestic violence.